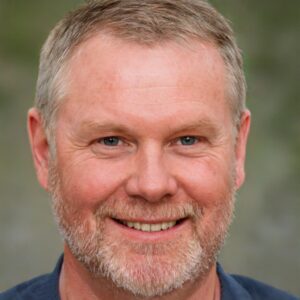 Is Weed Legal in Australia?

While the legislation will vary from state to state, weed is still illegal for recreational use in greater Australia, while medical use will vary state to state. Marijuana laws in Australia seem to be constantly in flux in recent years. As a whole, citizens are becoming more supportive of legalising marijuana as a whole, especially in light of other countries (such as Canada) legalizing the substance nationwide.

Marijuana for medical use is allowed in Australia for severe illnesses and with a prescription. Under the law, those who are allowed medical access to the herb may possess up to 50 grams at a time or grow up to 2 plants per person (4 plants per household). Each state has its own guidelines for what medical conditions qualify for marijuana use.

With the exception of Canberra, the recreational use of marijuana is illegal throughout the country of Australia. The penalties of breaking the law will vary from state to state. Each state will also have its own guidelines on the extent that Australians are allowed to use Cannabis products overall.

Is Weed Legal in Queensland?

Recreational use of marijuana is still illegal in Queensland. In June 2020, laws were loosened to allow medicinal use with a doctor’s prescription. CBD oil can also be used with a prescription for certain ailments. Doctors must prove how marijuana will help the patient with scientific evidence if the ailment (such as epilepsy or MS) isn’t listed as a treatable disease.

Is Weed Legal in Victoria?

While authorities in New South Wales are often lax about weed laws, using marijuana is still illegal. CBD oil is legal as long as other cannabinoids (such as THC) doesn’t exceed 2% of the product. Medical use of marijuana (including plant growth) is legal in NSW for adults (18+) who have a terminal illness. The state has ongoing clinical trials for cannabis use for other ailments.

Is Weed Legal in Tasmania?

Recreational marijuana is still illegal in Tasmania. Medical marijuana and CBD oil are reserved for patients who have severe or chronic conditions that have been proven to be relieved by the substance. A patient must gain a prescription from a specialist.

Is Weed Legal in Northern Territory?

While recreational marijuana isn’t legal in the Northern Territory, those with current medical needs can gain access to it through the TGA guidelines. Medical conditions where marijuana use is allowed include pain and nausea from cancer treatments, neuropathic pain, and epilepsy. CBD oil can also be used with a medical certificate.

Is Weed Legal in Western Australia?

It is illegal to use or possess recreation marijuana in Western Australia. Patients can only access medical marijuana or CBD oil if they have a qualifying condition and do not have a history of substance abuse or specific mental conditions, such as bipolar disorder.

Is Weed Legal in South Australia?

Recreational marijuana is illegal in South Australia. Unless a patient is a notified palliative care patient or aged 70 or older, South Australians must have a prescription under Section 18A in order to use marijuana or CBD oil for medical purposes.

Is Weed Legal in Canberra?

Recreational use of cannabis is legal in the city of Canberra. While there were some adjustments that needed to be made to rectify Canberra’s laws with federal regulations, citizens of Canberra can use CBD oil and other cannabis products for both personal and medical use.

While trafficking and supply laws will vary state to state, if you are found with more than a “personal supply” of marijuana, you can face heavy fines and jail time. This will typically depend on the amount you possess up to over $750,000 in fines and life in prison (in Victoria).

Outside of Canberra, you can be fined and face jail time if you are cultivating marijuana without medical permission. In fact, in Queensland, you can be in trouble if one of your tennants is caught growing marijuana on your property, even if you were unaware of their actions. As with trafficking, the fines and jail time will vary depending on the number of plants you are cultivating.

Canberra legalises recreational use of marijuana.

Tasmanian government created a controlled access scheme for medicinal cannabis.
(17 February) First Cannabis research license is issued by the Office of Drug Control in the Federal Department of Health.

Announcement that cannabis growing would be legalised for the purposes of medicinal or scientific use.

Health food stores start selling hemp seed and protein, but with warnings that they are not suitable for human consumption.

Report of the International Narcotics Control Board states that outdoor marijuana growth was decreasing while hydroponic growth was increasing.

Australian National Task Force on Cannabis states that the social harm of cannabis prohibition was worse than the harm caused by cannabis itself.

The Hemp Embassy sponsors the first MardiGrass in Nimbin, which would turn into an annual event.

Michael Balderstone founded the Hemp Embassy in Nimbin with the intention to educate the community about marijuana to reform the law surrounding the use of weed.

Discussions between NSW Joint Parliamentary Committee Upon Drugs (pro decriminalisation) and the Australian Royal Commission of Inquiry into Drugs (anti decriminalisation), ultimately deciding that the conversation would be delayed for 10 more years.
Discussions of decriminalising marijuana occur in NSW after nine US states decriminalise its use. Premier Neville Wran worked toward removing jail sentences for those charged with personal marijuana use.

Police raids at the Turntable Falls Co-operative south of Nimbin.
(29 August 1976) Joh Bjelke-Peterson defends raids made at the Cedar Bay Commune, which included the destruction of homes and buildings by fire. He was allied in this cause with John Howard, who would later serve as Prime Minister from 1996-2007.

In November, Donald McKay leads the largest seizure of cannabis in Coleambally in NSW. The plantation employed 31 acres that were estimated to potentially produce 60 tonnes of cannabis annually.

Joh Bjelke-Peterson (QLD) and Robert Askin (NSW) crackdown on drug use after Labor Party Prime Minister Gough Whitlam, in full support of the American “War on Drugs” endorsed by President Richard Nixon. Marijuana is used more broadly in Australia during that decade.

Eradication of wild hemp growing in the Hunter Valley, NSW begins. It would take nine years for the government to rid the 30 square kilometers of the weed.

Cannabis use increases as part of the resistance and protest of the Vietnam War.

(April) Smith’s Weekly, a Diggers newspaper, ran an article of their front page entitled, “New Drug That Maddens Victims” with the subtitle “Warning From America.” In the article, it warned readers that the plant called “marihuana” behind the “evil sex drug” grew wild in Queensland. Despite cannabis being used in Australia for several decades at this point, the article helped pave the way to marijuana being outlawed in Australia later that year.

The United States began their “Reefer Madness” campaign which would ultimately influence other anti-marijuana campaigns around the world.

The United States creates the Federal Bureau of Narcotics which campaigned against cannabis without conducting scientific studies.

The recreational use of opium, coca, and marijuana is discussed at the Geneva convention. Many developed countries, including Australia, signed the convention.

The Harrison Narcotics Act in the United States defined drug use as a criminal act and states began to pass laws criminalizing the use of cannabis. This decision influenced many other countries, including Australia.

Asthmatic cigarettes called Cigars de Joy were created and manufactured. These cigarettes included cannabis, belladonna, and datura and were widely available until the 1920s.

Dr. William O’Shaughnessy experiments with the medicinal uses of cannabis based on feedback from his community in Calcutta, India. The western world adopts cannabis into their medical practices.

Hemp was likely brought with the settlers on the First Fleet at the request of Sir Joseph Banks. It would have been brought with the “For Commerce” Cargo. Hemp was very valuable at the time as it is the strongest natural fibre known to man. It is possible that NSW was intended to be a hemp colony to build up inventory as hemp was a versatile resource that could be used in many different ways.